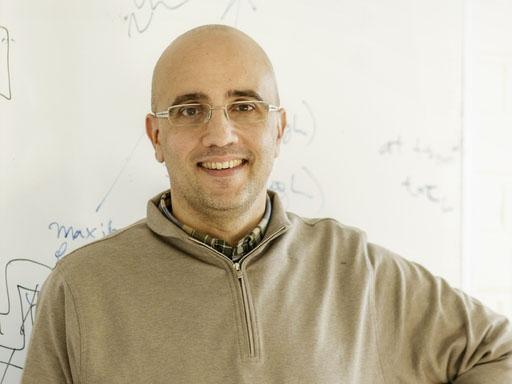 Community detection in networks is one of the most popular topics of modern network science. Communities, or clusters, are usually groups of vertices having higher probability of being connected to each other than to members of other groups, though other patterns are possible. Identifying communities is an ill-defined problem. There are no universal protocols on the fundamental ingredients, like the definition of community itself, nor on other crucial issues, like the validation of algorithms and the comparison of their performances. This has generated a number of confusions and misconceptions, which undermine the progress in the field. We offer a guided tour through the main aspects of the problem. We also point out strengths and weaknesses of popular methods, and give directions to their use.

Santo Fortunato is the Director of the Center for Complex Networks and Systems Research (CNetS) at Indiana University and a Scientific Director of Indiana University Network Science Institute (IUNI). Previously he was professor of complex systems at the Department of Computer Science of Aalto University, Finland. Prof. Fortunato got his PhD in Theoretical Particle Physics at the University of Bielefeld In Germany. He then moved to the field of complex systems, via a postdoctoral appointment at the School of Informatics and Computing of Indiana University. His current focus areas are network science, especially community detection in graphs, computational social science and science of science. His research has been published in leading journals, including Nature, Science, PNAS, Physical Review Letters, Reviews of Modern Physics, Physics Reports and has collected over 22,000 citations (Google Scholar). His review article Community detection in graphs (Physics Reports 486, 75-174, 2010) is one of the best known and most cited papers in network science. He received the Young Scientist Award for Socio- and Econophysics 2011, a prize given by the German Physical Society, for his outstanding contributions to the physics of social systems.