Antonio Lieto is an Assistant Professor in Computer Science at the Dipartimento di Informatica of the University of Turin and an Associate Researcher (since February 2014) at the ICAR-CNR Institute of Palermo (“Cognitive Robotics and Social Sensing Lab”). Previously, (2016-2017) he was Research Associate and Scientific Consultant at the MEPhI (National Research Nuclear University, Moscow, Russia) and Adjunct Professor and Post-doc researcher (2012-2018) at the Department of Computer Science of the University of Turin.

He is currently a member of the IEEE Technical Committee on Cognitive Robotics, Vice-President of the Italian Association of Cognitive Sciences (AISC, 2017-2022), Deputy Editor in Chief of JETAI (Journal of Experimental and Theoretical Artificial Intelligence, Taylor & Francis) and Associate Editor for Cognitive Systems Research (Elsevier).

He received the “Oustanding Research Award” by the BICA Society (Biologically Inspired Cognitive Architecture) in 2018 and has been appointed “ACM Distinguished Speaker” by the Association for Computing Machinery (ACM) in 2020.

He is involved in the activities of the research group Cognitive Systems for Robotics. 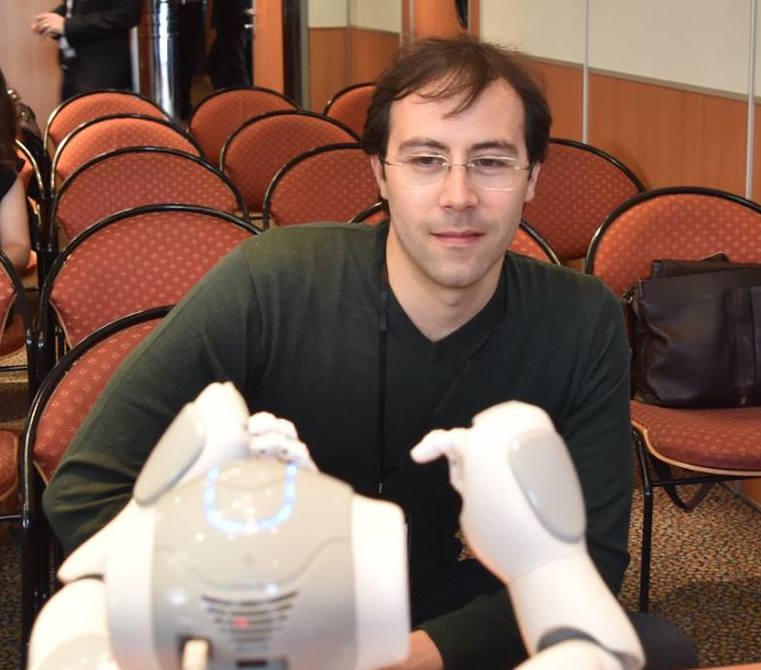