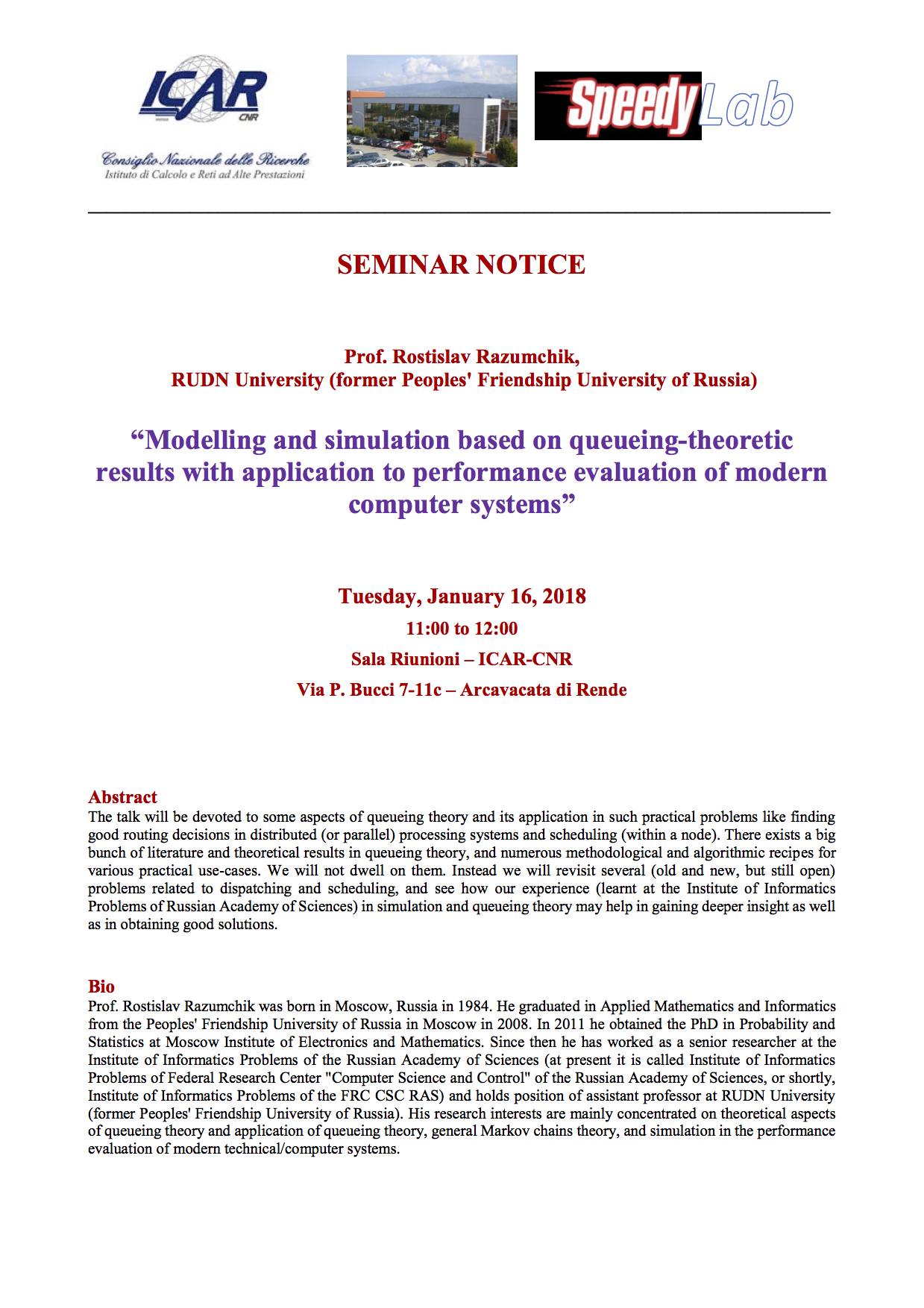 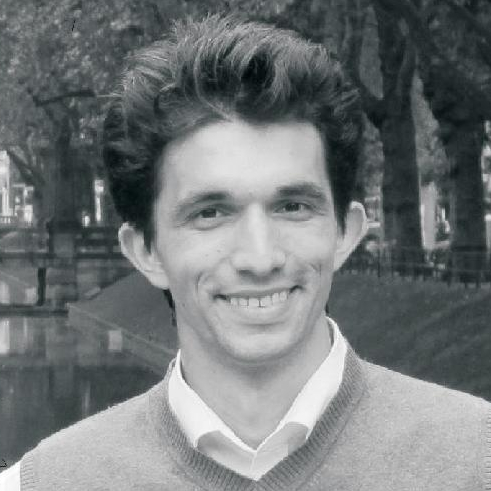 Abstract: The talk will be devoted to some aspects of queueing theory and its application in such practical problems like finding good routing decisions in distributed (or parallel) processing systems and scheduling (within a node). There exists a big bunch of literature and theoretical results in queueing theory, and numerous methodological and algorithmic recipes for various practical use-cases.
We will not dwell on them. Instead, we will revisit several (old and new, but still open) problems related to dispatching and scheduling, and see how our experience (learned at the Institute of Informatics Problems of
Russian Academy of Sciences) in simulation and queueing theory may help in gaining deeper insight as well as in obtaining good solutions.

Bio: Rostislav Razumchik was born in Moscow, Russia in 1984. He graduated in Applied Mathematics and Informatics from the Peoples’ Friendship University of Russia in Moscow in 2008. In 2011 he obtained the PhD in Probability and Statistics at Moscow Institute of Electronics and Mathematics.
Since then he has worked as a senior researcher at the Institute of Informatics Problems of the Russian Academy of Sciences (at present it is called Institute of Informatics Problems of Federal Research Center “Computer Science and Control” of the Russian Academy of Sciences, or shortly, Institute of Informatics Problems of the FRC CSC RAS) and holds position of assistant professor at RUDN University (former Peoples’ Friendship University of Russia).
His research interests are mainly concentrated on theoretical aspects of queueing theory and application of queueing theory, general Markov chains theory, and simulation in the performance evaluation of modern technical/computer systems.