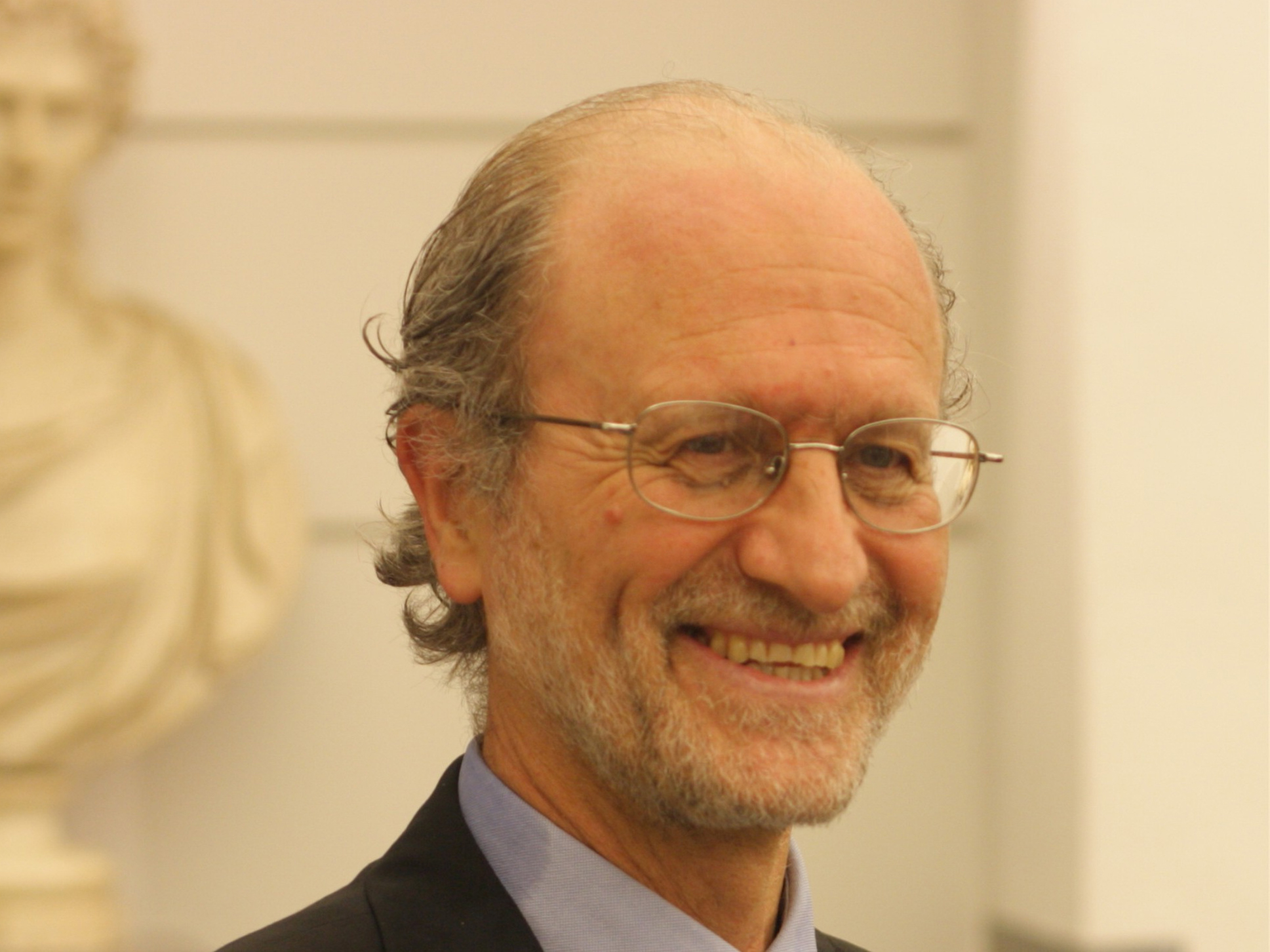 Paolo Dario received his Dr. Eng. Degree in Mechanical Engineering from the University of Pisa, Italy, in 1977. He is currently Professor of Biomedical Robotics at the Scuola Superiore Sant’Anna in Pisa, and teaches the course in the M.S. Program in Bionics Engineering jointly organized by the University of Pisa and by the Scuola Superiore Sant’Anna. He is also the Coordinator of the Ph.D. Program in BioRobotics at the Scuola Superiore Sant’Anna. He has been visiting researcher and professor at Brown University, USA, at EPFL, Switzerland, at College de France, France, at Polytechnic University of Catalunya, Spain, at Zhejiang University, China. He is currently Visiting Professor at Waseda University, Japan. Since March 1, 2014, he is serving as Visiting Chief Researcher, Biomedical Engineering and Robotics, at Khalifa University, Abu Dhabi, United Arab Emirates. Professor Dario is the recipient of the 1000 Thousand Foreign Talent Award (2016 – 2018) at Tianjin University, China and since 2016 he has been Principal Investigator at the Beijing Advanced Innovation Center for Intelligent Robot Systems at the Beijing Institute of Technology, China. He has been the Director of the BioRobotics Institute of Scuola Superiore Sant’Anna from 2011 to 2017.
His main research interests are in the fields of medical robotics, bio-robotics, mechatronics and micro/nanoengineering, and specifically in sensors and actuators for the above applications, and in robotics for rehabilitation. He is the coordinator of many national and European projects, the editor of two books on robotics, and the author of 400+ journal publications (Scopus). His H-Index is 79 (Scopus), his papers have 28.400+ citations and in March 2015 he was identified by the IEEE Robotics and Automation Magazine as the second most influent scientist in robotics worldwide according to degree centrality and bibliometric criteria.
He is co-author of 50+ international patents and co-founder of 5 startup companies. He is a Founding Editorial Board Member of the journal Science Robotics, and Associate Editor of the IEEE Transactions on Biomedical Engineering. He has been a plenary invited speaker in a very large number of international conferences in Biomedical Engineering and Robotics.
Prof. Dario has served as President of the IEEE Robotics and Automation Society in the years 2002-2003. He has been the General Chair of the BioRob’06 Conference (The First IEEE/RASEMBS International Conference on Biomedical Robotics and Biomechatronics), of ICRA 2007 (International Conference on Robotics and Automation), ISG 2008 (the 6th Conference of the International Society for Gerontechnology) and of the First National Congress of Bioengineering (GNB 2008).
Prof. Dario is an IEEE Fellow, a Fellow of the European Society on Medical and Biological Engineering, and a recipient of many honors and awards, such as the Joseph Engelberger Award and the IEEE RAS George Saridis Leadership Award in Robotics and Automation for 2014. He is also a member of the Board of the International Foundation of Robotics Research (IFRR). In 2009 he has been appointed Fellow of the School of Engineering of the University of Tokyo. Research Interests: Paolo Dario’s main field of interest is biorobotics, a frontier research area that combines bio-inspiration and bio-application. Paolo Dario has been and is working on theoretical models, design methods, precision technologies (including micro, nano and bio) for fabrication of novel components and integrated systems, machines and robots, and on the application of such systems to different fields, including (micro) endoscopic and endoluminal surgery, rehabilitation and assistance to disabled and elderly people, and humanoid robotics.
Paolo Dario has contributed to the foundation of such new fields as micro and biomechatronics, and to the fields of biorobotics and “neurorobotics”, frontier research areas whose ultimate goals are to integrate biology and neuroscience with robotics, and to educate the kernel of a new generation of engineers, able to combine solid engineering capabilities, with curiosity and imagination, and with the ability to incorporate in their engineering skills interdisciplinary and transdisciplinary knowledge. In pursuing this goal, Paolo Dario has founded two labs now hosting a total of about 150 young researchers, and has involved a large number of graduate students in high education and in research activities. National and International Research Projects: Coordinator of many scientific projects, funded by National and International Agencies, and by private companies (currently coordinator or partner of more than 20 European Research Projects). Founder of 4 start-up companies. Main Awards and Honors: – ”Engelberger Robotics Award”, for merits in Biomedical Robotics.