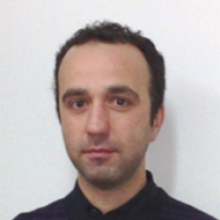 Nome: Carlo
Cognome: Mastroianni
Data di nascita: 24/01/1971
Ruolo: Primo Ricercatore
Membro di: IoT Edge Intelligence
E-mail: carlo.mastroianni@icar.cnr.it
Matricola: 9280
Telefono Fisso: 0984493866
Sede di lavoro: Rende
Cellulare: +39 3280476390
Tematiche e attività di ricerca:
Carlo Mastroianni performs activity research in the area of distributed systems, specifically focusing on algorithms and protocols for P2P networks, Grids, Clouds. He is involved in ICAR research about self-organizing, adaptive and bio-inspired models for the organization and management of distributed systems. He collaborates with researchers of several universities, among which the University of Calabria, the Politecnico di Torino and the Cardiff University. He has co-organized the Upgrade-CN workshop from 2006 to 2009, the BADS workshop in 2009 and 2010 and special issues for several international journals, among which Future Generation Computer Systems, Journal of Network and Computer Applications and Computer Networks. He published about 30 papers in international journals, among which IEEE/ACM Trans. on Networking, ACM Trans. on Autonomus and Adaptive Systems, IEEE Trans. on Evolutionary Computation, Parallel Computing, Concurrency and Computation. He received the best paper award at the European Grid Conference in 2005 and at the IEEE/ACM CCGrid Symposium in 2009. He serves in the program committee of many international conferences and in the editorial board of the Journal of Network and Computer Applications, Elsevier. He lectures Computing Networks at the University of Calabria. Currently, he is the project manager of the EcoMultiCloud project, financed by the UE Executive Agency for SMEs.